The cushions on my couch have never been the same since Buster came to live here, but I admit they have got quite a bit of use as cat beds before his arrival.

Isis is a princess, with her bright, impeccable coat, clear green eyes tastefully ringed in eyeliner, and an entitled air. She’s a commanding little presence in the household.

She always held herself aloof from the other cats — until the first foster kittens showed up. Isis was about three by that time and it was the first time I’d seen her act like a kitten with other cats.

She had always been more of a dog kinda cat, she and Daisy the German shepherd forming a tight bond almost instantly. Isis was the only cat not terrified of the six week old puppy and the pair quickly formed a Trouble Club, joyfully chasing one another through the house, disturbing the other cats and secretly shredding the underside of a couch. That must have been their Initiation Ritual.

On Buster’s first night here, Isis indicated her approval with a regal nod of the head. That and the fact that she calmly regarded him from her perch on the couch (not THAT couch) with no hint of unease, and let him stick his curious nose in her face without a swat or a hiss let me know he doesn’t have a ‘cats are prey’ drive.

Typically, you might find that the cat would be on the back of the couch, and the big dog would be down below on the cushions, but you know already that nothing plays to the norm in my house. 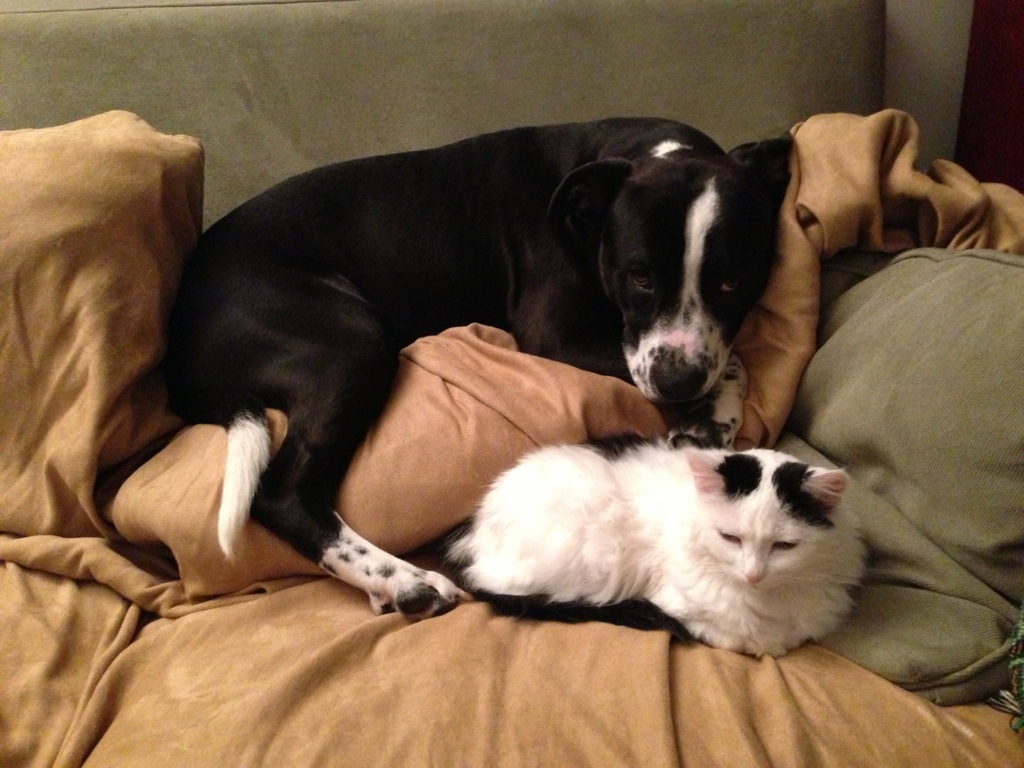